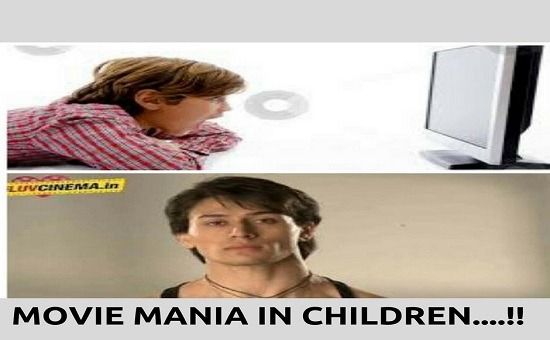 Being a mother of growing child need lots of patience and perseverance. The teen tantrums was about to surprise me,this time with a twist. Here is a post for all the mothers to tell you the Movie Mania in Kids.

Growing each day watching movies especially action movie, my son started building a superficial niche around himself. Those movies had so much impact over him that he used to imagine himself tough build hero. Keep practicing stunts and happy in his own little world. Soon came icing on cake…Movie ‘Heropanti’ of Tiger Shroff and he became fan of the rising star. It was hilarious watching him imitating the actor. The signature dialogue of the movie was his favourite. Being a footballer when he used to come back after practice or from school, he had dozens of story about his herogiri. Some cooked ones too, boasting about himself he used to iterate his favorite Takia Kalaam ‘kya karoon…sabko aati nahi aur meri jati nahi’…hahaha. It was so funny and his expressions were enough to make me smile?. That’s the height of Movie Mania in Kids.

One fine morning, we all were having watermelon. I was cutting it and was giving to the kids, soon somebody gave me a call. I went to receive my phone, within that period of time being restless, my son started cutting that watermelon without having any idea of holding the knife. He ended up with a cut on his finger. The moment I came, I saw the blood was oozing out. He was neither crying nor shouting. Seeing the blood he got scared. I brought the first aid, applied cream and bandage, he was still giving me blank looks. He was in a shock, I kept on asking him ‘Are you fine beta’ with panic and jitter. After a big pause with a serious sound he said  ‘mumma, it pains’. That means you get hurt when you get cut or somebody beat you hard. ‘Kicks and stunts can hurt me, isn’t it.’

I was listening to him carefully and realized how much impact movies can have on kids, they assume it to be real. Then I hold his hand and tried to counsel him ‘beta, everything which you see in movies is fabricated. In reality. life never gives you second chance. You have to be careful and intelligent to handle situations. No need to get into trouble, no need to fight unnecessarily, no need to get into precarious situations. Life is precious so respect it. These movies have several retakes, they take almost an year to complete,  so don’t get too much fascinated. It is just for entertainment. Watch it for fun and then forget it.’

He was listening to me quite diligence and sincerely. He came close to me, hugged me and said ‘thank you’. Looking at those confident eyes for me was priceless. He understood that it’s not real. It is  magic which films create. He promised me not to try stunts just for fun sake. He was feeling thoughtful and that moment I realized I am mother of a teen now. My son is undergoing changes and so changing his ambitions, expectations and  dreams. He needs guidance and support instead of anger and scolding. 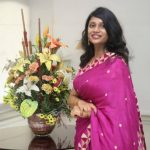 My husband is Lt col in Indian army. I am an Author,my book name is "Sushmaanjali-ek kaavya sangrah" which is available on Amazon.Currently, I am working as chief content writer. Apart from writing,I am proud mother of two naughty brats who ensure that I remain fit running after them.