Why You Should Treat Your Kids Equally 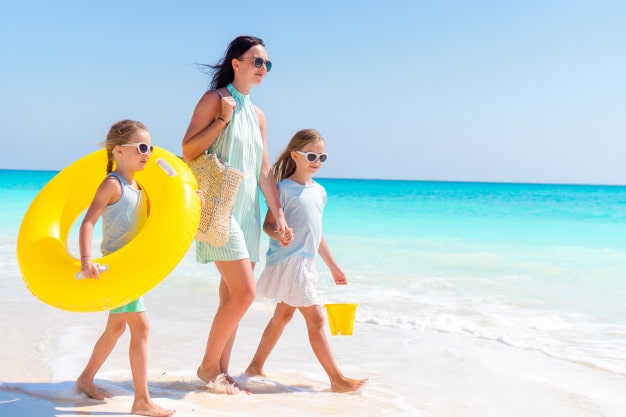 I am a proud mother of two lovely girls. The elder one is four years old and the other is 2.5 years. I am always confused about their needs and desires which are different for both the kids and sometimes exactly the same because the age gap is less. I don’t want anyone of them to feel less important.

Last night, me and my husband were making them sleep as usual by narrating the story. The elder daughter always sleeps with the story, and my husband narrates to her. The younger one sleeps with my lullaby rhymes and cuddling. But yesterday, she started saying  ‘Tory Tory’ later I understood that she also wanted to listen to a story. When I started to narrate, I said once upon a time, there was ……..(left blank for her, the same way we used to do with the elder one). Guess what? To my surprise, she filled all blanks in the story. I was observing from the past 3-4 days that she used to become sad during night time. I thought it’s pretty normal as she must be tired during night time. But she needed the same attention as the elder one. She was happy after listening to the story, and she even kissed me on my forehead. Literally, that was a proud moment for me as now. Now my daughter knows how to ask for her demands.

My elder daughter is quiet and calm. She can’t ask for herself. Sometimes I ignore ki “thoda bhut chalta hai. Sometimes I used to settle the issue by saying when your sister will not be around; I will give you what you want. I can’t be equal to both. These kinds of confusion normally used to dominate my mind.

A few days back I told my daughter to plant the coriander in mud pots. I just followed the celebrities what they are doing. I started with the objective to teach my daughter a routine and that hard work pays off one day. I started telling her to water them in the morning when she wakes up, and now she regularly waters the plants and gives me updates about leaves growth and how much dry their sand is. And In the evening also we both spend 10 minutes watching it and it is absolutely fun. She always used to ask “dad loves chutney of coriander that why we have planted coriander seeds”. We can’t buy from the market because there is a Corona monster. I used to think, ‘what about Mom, ‘ darling? Anyways, girls are always dear to dad.

During this quarantine, I learned a big lesson or I can say a solution to my problem and that was through these small plants. When we plant coriander, initially two leaves come out, and after some time more coriander leaves appear. After watching them on a daily basis I don’t know why I started comparing myself to the roots and two leaves to my daughter. I thought as roots anchor the plants to the soil, we as mothers anchor the child to society as plants store food and translocate mineral and water equally to all the parts of the plant in the same way we have to translocate love, affection equally to both kids. If we give preference to one part other will not grow and vice versa as a mother I will not grow ..Thoda bhut chalta hai but children should feel equal. This is why you should treat your kids equally. 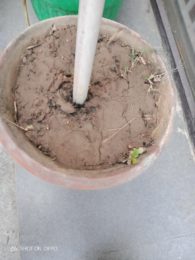 I always try to give them everything equally as much as possible, but I always end up my day in making calculations starting from breakfast tables to fruit to toys or anything even a glass of water. If they are not emotionally and affectionately satisfied they will not grow and as a mother, I will not grow and even not as a human because only humans are blessed to be a mother in a way with so many resources of expressions (actions, speech). And now I have decided there will be no secret bribes for either of them as in the future they will expect the same. And of course, such bribes will make my home roots weak. I will not grow old as a human from the starting stage they should know both equal irrespective of gender, or age Gap, or even there respective traits which may be high or low in each one of them (example one is good at art and the other one learning).

I have to be equal to let them grow fully. Equality can be achieved by filling there emotional and mental needs so they grow as good fruits. For their wrongdoing, scolding shall also be the same. A growing plant can be followed from celebrities but learning is always individual. Sometimes small things in life can give you big perspectives toward making life beautiful. 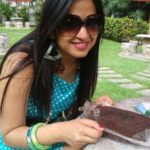 An avid reader, a budding writer & a mommy. I am here to give words to my thoughts & experiences of life.