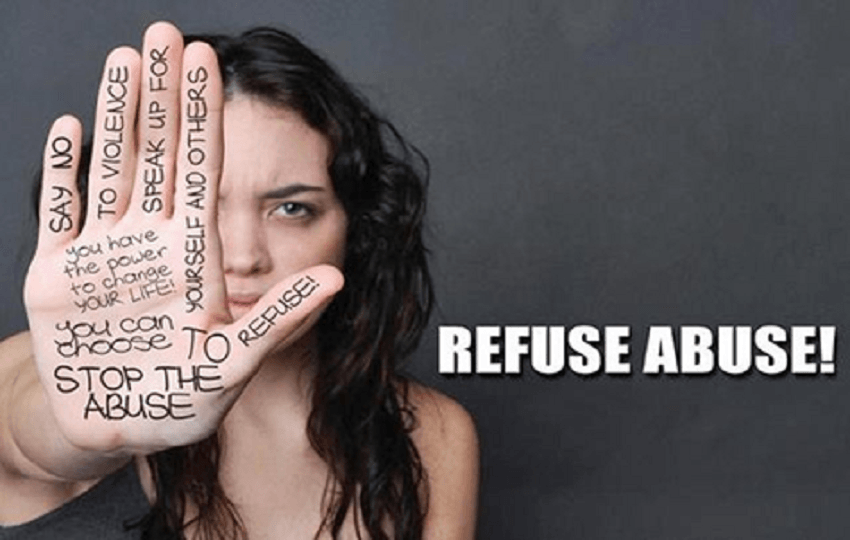 Refuse abuse, warn the person from starting for your dignity.

Abuse can be physical sexual emotional and so on. It’s a type of domestic violence about which we actually don’t talk much though it affects men and women both. But most of its victim are women. Today through this article of mine I want to draw everybody’s attention towards one of my friend who is unaware of the fact that she needs to raise her voice against abuse.

I and Maya are friends since 2006. She is a super awesome person and I’m the lucky one because I get to be her friend. Right from the start after we became friends and that I visited her house, I knew that something was wrong; however, my intuition was suppressed by her excuses and explanations for each and everything. Still, I felt the pain hidden behind her false smile. Her expressions never coincide along with her explanations even these days. So, I decided to help her out by jotting down my feelings and make her understand that what it means to be a woman of integrity and strength.

Maya, I am attentive to the actual fact that your mother- in- law abuses you verbally and emotionally on a daily basis for each single issue within the house. She tells lies to your husband and ignites fight/ arguments between each of you, thereby making your life miserable. And since your husband is such a lot influenced by your mommy that he agrees to no matter wrong she says. This is a situation in which you are being abused emotionally and psychologically.  Your partner is neglecting and invalidating your thoughts and feelings. Refuse Abuse Maya.

“It is strange how you have been living in such an atmosphere and assume that it’s normal. The feeling of ‘false consciousness’ is the perpetrator behind such ideas. You perceive it as your duty to go through the atrocities and appease your husband in every way possible. You have accepted the situation as your sealed fate. I can understand that this hesitancy on your part is partly due to the burden of expectation that the society has from a lady. But things are changing nowadays, once you refuse abuse society will be in your favor.

Maya, language is the tool of affection and also the weapon of hatred. Your silence can alter everybody else to continue with abuse. The abuse being emotional or verbal shouldn’t build a distinction because either one is simply as damaging. You’re a special person who doesn’t deserve this; your soul doesn’t deserve it either. Create cleaner lines between what you’re getting and what you deserve. Don’t waste another minute of your life simply expecting that God can lead some day.

Don’t let anyone ever dull your sparkle.

Your will suffer and things will simply get worse if you don’t refuse abuse.  Believe in yourself come forward and raise your voice. Don’t tolerate calumny, criticism, and humiliation for the sake of affection. Don’t condone bad behavior; you owe yourself the love that you just so freely offer to people. Take off of orthodox sentiments from your heart. Don’t finish your life waiting to be rescued, there’s nothing more satisfying than rescuing yourself.

There’s a little voice inside each of us that tells us when we are not being true to ourselves. We should listen to this voice and stand up for self-respect. I know it’s troublesome to get the energy to plan the way to protest when you are living day to day just making an attempt to not provoke an angry outburst. However, you’ll be able to screw. Simply take the primary step:

Don’t hide: Get help: Let others help you: Refuse Abuse.

I know that things seem hopeless right now, but I promise there’s hope. You have the right/power to make changes in your life and live with dignity in your own home, free from fear of abuse. You’re a precious person and you deserve to be treated with respect. Don’t hurt yourself. Hang in there – you’re not alone. I have got your back. You have got to break the silence, stand up for yourself and speak against those that seek to keep us bound in fear and dread.

It’s time to refuse abuse, Maya! More power to you….. 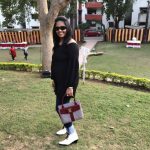 I am a Freelance Writer and an Ambassador at JobsForHer. I love to read, travel, cook for my son, and engage myself in any kind of literary work. Happiness is all I want at the end of the day and writing articles/blogs give me the feeling of contentment along with happiness.