Girl in Blue You made us All Proud 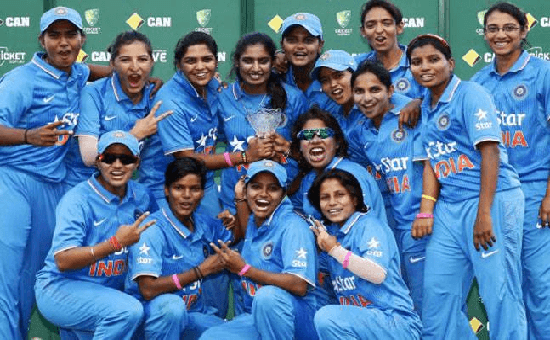 In a country where cricket is a religion and cricketers are treated as God, there still are people like me who do not have any interest in the game. I prefer to sleep, go out for shopping or read a book when all my family and friends are busy watching a cricket match.

Last time I watched the cricket match was in 2011 when India won the World Cup. I did celebrate India’s victory then, but even that could not create my interest in this particular sport.

But this Sunday it was the different story altogether. Watching the girls in blue playing, it so well was a different experience in itself. I was thrilled and glued to the television. What a fantastic and full of excitement game it was. The moment when the girls were chasing the target of 9 run out of 10 balls still gives me the goosebumps. They created the history.

Despite their defeat, the game these girls have played made the entire country proud on them. They deserve a bow.

In our country, sports are not given the importance it deserves. Despite this, our nation has produced many great sports men and has made India proud. But the internal politics of the sports federation have ruined the status of sports and have killed many athletes.

Playing and reaching the final, creating the history despite o attention given either by the country men or by the federation is something that deserves an enormous respect. The entire team showed the excellent caliber and proved that if given a chance women can achieve unachievable, can attain the heights no one has expected them to and make the country proud.

The movies like Chak de India and Dangal showcase the poor mindset and politics these sports people have to face, and still, they fight with diligence and dedication and won against all the odds.

Sunday match was one such small example to show this world that we can and we will.

Indeed! Girl in Blue You made us All Proud… 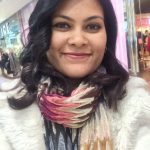 I am finance professional. My love for sharing my thoughts bring me closer to the writing world. I am a thinker and love to share the ideas and learn from the ideas shared by others. Mother of two daughters I strive to create a perfect balance between my work life and home. I am an ardent believer of 'Nothing is impossible if you are determined.'