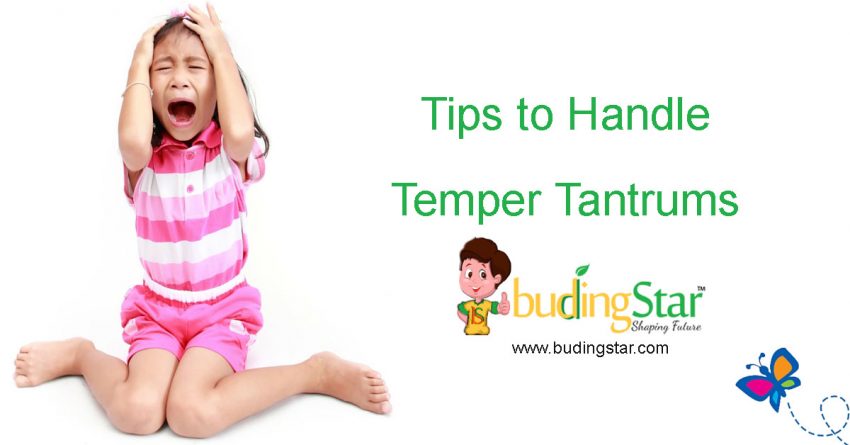 Temper Tantrums is a wide term. It’s even wider when it comes to your kids’ tantrums. It is an evitable phase whether we accept it or not. We come across many people who ask our team experts about getting Tips to handle temper tantrums.

But what we have felt is that each and every kid has a different personality and their perception to comprehend situations is also different. Similarly, parents are no different. One approach may work for some parents and that similar approach may not work for others. Here we discuss few basic ideologies to shape your bundle of joys’ world.

The first and foremost and the most important one is that be there for your kid. Your half of parenting is done only by just showing up at your kids need. They naturally build a trust relation with you when are always there for them. Believe it or not, this small step will make a huge difference in your child’s personality.

It is of great import that first, you understand the reason behind the tantrum – is it a temporary one, is it something grave, or is it because the kid is experiencing new emotion and having a hard time to deal with it – then you step in and work accordingly.

If it is temporary one then just let it pass on its own. If you notice any rash behavior then, later, make the kid sit and discuss with them that how their behavior was not appropriate in a soothing tone. It is important that you communicate and make them understand the importance of staying on good behavior but do not refer them as a “good kid” or “bad kid.”

At times their tantrums need to be ignored but keep your eyes on them and see when they get back to normal. It is then you have to talk to them. State your reasons for not complying with their demands. Be a good role model. They learn a lot from you and your approaches to different situations. So adopt a positive stance in your life which will naturally reflect in your kid as well, sooner or later.

If it is something grave like experiencing new emotions then guide them through this phase. It is said that the parents are the primary teachers of their kids. The foundation of moral values and the basic understanding of the world is built by the parents.  Tell them bed time stories from which they can learn to deal with negative emotions. You can create numerous stories, from which they can learn self-control and good behavior,

It is important that over the time you tell them that the communication is a better way than screaming. Social and environmental situations build one’s character. If you notice that the child is unnecessarily screaming then perhaps it is caused by the surroundings in which you are raising them or maybe they learnt it from you. It’s better that you make the change in yourself first or the surrounding causing that problem and eventually, the kid will learn that too.

It is often seen that kids have a very short span of interest in one thing. They easily lose interest and move on to next thing. This could be a key to resolving the temper tantrums too. As soon as you see the signs of new tantrum coming your way, channelize them into a new activity. Get a coloring book, start playing indoor games, go outside and play with your kid or just play some peppy dance number and dance till your feet hurts. Don’t succumb to their demands – like getting more hours of TV or handle them the phone to play games – just because you are tired or agitated and wanted to escape from that situation.

Yes, these words -tired, agitated, and escape- are considered as taboo in parents’ world but it is important that you accept your emotions too. You can get tired and agitated. All you want is some time for you but if you learn to deal with your child’s tantrums then you’ll feel much relaxed. This is how you’ll enjoy parenting 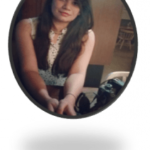 Amrita Sharma, a master in English from PU tries to debunk the old cannons of social norms and experiments with the hard and bleak reality of our times through her stories. Her experiences as a teacher with the children of different age group allows her to understand the psyche of kids.