Superfoetation – Have you ever heard about it? 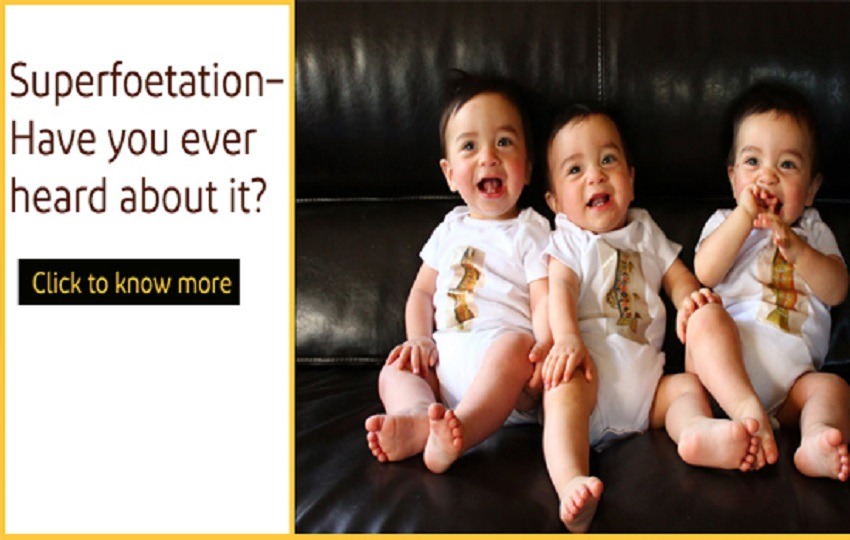 Superfoetation – Have you ever heard about it? We all have heard about Triplet birth. In our country, the most well-known triplets are famous choreographer Farah Khan’s kid. They are triplets. But I am going to talk about a different kind of triplet birth. As per recent news, a British woman revealed that when she was already pregnant with her twins, she again got pregnant with her third child. So basically, she was carrying twins and after few weeks she again conceived and her pregnancy turned from twins to triplet.  This means she conceived her babies at different times. No, this is not a joke.

In scientific terms, this is called Superfoetation – when a woman conceives then conceives again between two weeks and a month later.

It’s extremely rare condition for humans but it’s possible, and this is only the sixth occurrence of such birth in last 100 years. Most of us (including me) assume that once a woman is pregnant, she can’t conceive until she delivers the baby. But this new made me think again about this usual thinking of common people. Science says when a woman is pregnant, her hormones helps in maintaining the lining of the uterus and prevents it from getting shed as menstrual blood.

This is important because if periods don’t stop, the embryo would be washed out of the uterus along with the uterine lining and would never be able to grow. Because of this, ovulation stops when a woman conceives. And even if she ovulates, it shouldn’t be fertilized because the sperm shouldn’t be able to get through. And going extreme, even if fertilization happens, the lining of the womb would be unable to accept another embryo as changes has taken place while the fetus is growing in there.

However, as I said, Superfoetation is an extraordinary happening. It doesn’t mean triplet always. If a woman conceives twins in a span of some days (not at the same time), this is also Superfoetation. Like twin pregnancy, the triplets are little risky in terms of growth and delivery. In the case of Superfoetation, the chances even get worse. One of the fetuses can be under-developed or can die competing with other.

However, as per the doctors, if placenta supports all of them well, they all can survive with good growth. It’s the placenta that is responsible for giving nutrition to growing babies inside. If the placenta develops normally then it’s fine, but if the placenta fuses then that can cause a problem. In common cases, placenta supports the baby well. But in the case of triplets, the situation can be complicated. Thank god, for that British woman all was well and she delivered her babies safely.

During my research over Superfoetation:

I found that this type of pregnancy is found in those women who have undergone any kind of fertility treatments. Still, there are only limited cases of this odd phenomenon. There is no extract answer of why this happens. Doctors have divided opinions. Most of them say that even after conceiving a baby if the body, anyhow, doesn’t realize it’s presence then it can let the other pregnancy happen. And this is again related to hormones that are produced during pregnancy.  Howbeit I found this so amazing that I thought to write a blog on this topic. 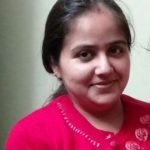 I am a software professional having 9 years of experience in my domain. Writing is my hobby and for pursuing it other than my work, I write for a few parenting and social websites. Most of my blogs talk about my own parenting experiences, social issues and health awareness. My life's motto is "If you believe, you can achieve." I share my parenting experiences on my blogspot as well https://www.facebook.com/abundanceoftalks/